Exploring Indian Tradition of Drinking Tea & Its Centuries of Legacy!

Drinking Tea aka Chai in India is a long carry-forwarded tradition that dates back many centuries in the past. We know India today as one of the biggest tea consumers and producers but it’s the result of India competing with other tea industries in the past to make a presence for itself. This resulted in India becoming a significant tea-consuming nation.

The tradition of Drinking tea in India is not just a mere habit of people in every household. It’s rather an emotion, a feeling, and a way of life. In India, as we all know morning is incomplete without a hot cup of Kadak Chai. The same goes for evening tea time also when Indians must have a cup of this sweet drink. It’s not unusual to see families sitting together with their tea cups and bonding over chai. Tea drinking in India is prominent as a way to relieve stress and relax for a while to rejuvenate the lost energy and freshen up the mood.

Tea was introduced to Indians way back but it’s just recently that it has gained such big popularity amongst the masses.

Top Reasons Why Indians Cannot Stay Away from their Beloved Tea 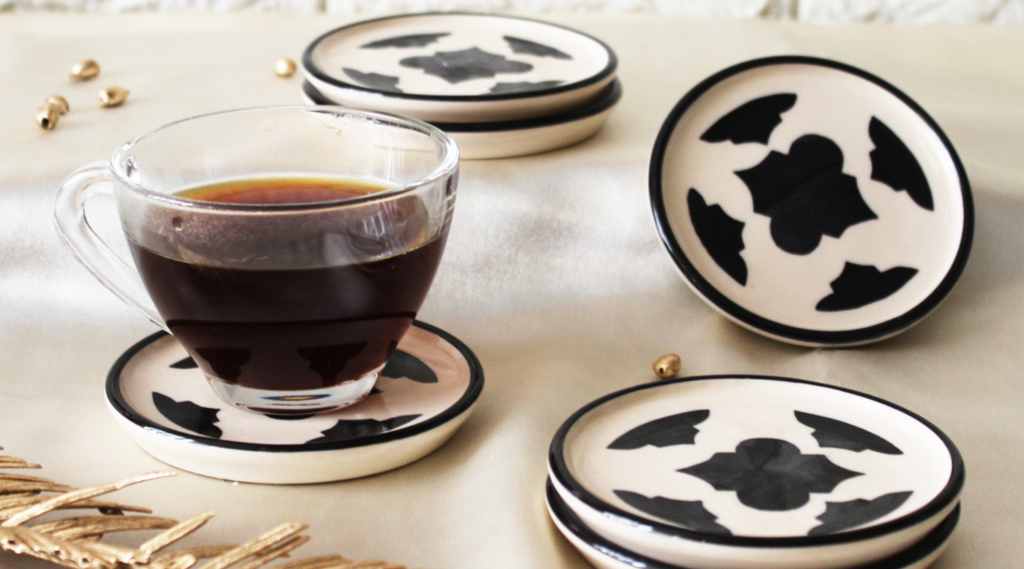 How Tea-drinking Became Mainstream in India – A Quick Timeline

There’s tea in every Indian pantry and a tea set for serving tea to guests, family & friends. Let’s have a quick look at the timeline of how Tea became mainstream and popular in Indian households. 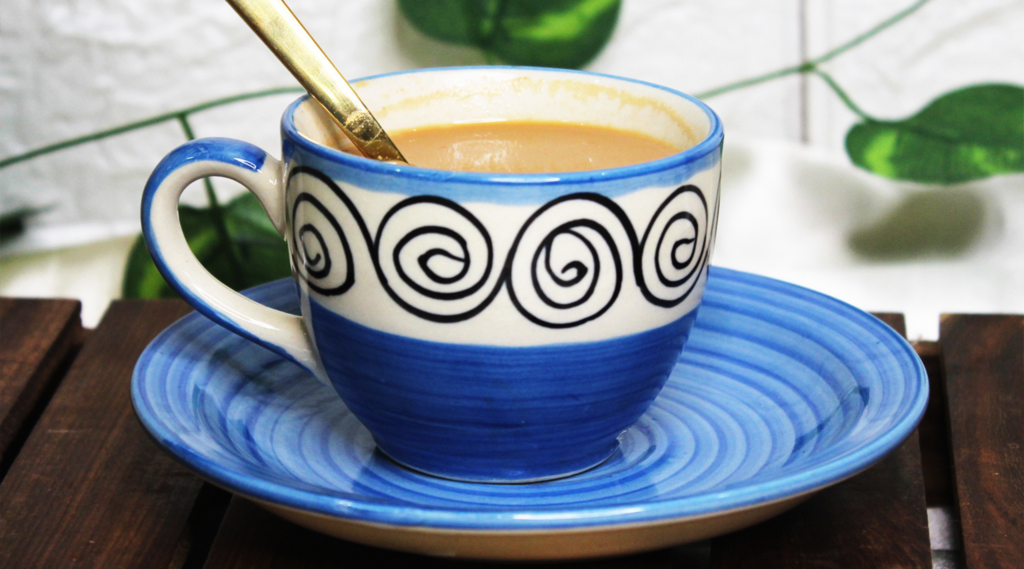 Tea Consumption started in Ancient India around the 1200s.

In these years, the northeastern state of Assam was one of the significant tea consumers. They used their traditional methods to make a refreshing tea. Later down the years, when trade routes to other countries began to develop in the Indian sub-continent, it was seen that those who lived and operated near these trade routes started consuming tea majorly as a part of their daily beverage consumption. This was the scene around the 1600s.

Then came the 1700s and the rise of British Rule in the country.

With this, a new age started where we saw the major production of tea in India on an industrial basis. During the British Rule in India, Assam became a major hub of tea production in the country and scaled up its tea production capabilities significantly.

The 1900s saw the rising trend of modern tea drinking with new styles.

During the 1900s because of the great depression, Britishers were unable to export tea to other countries which gave Indians the advantage to focus on the domestic market. During this time, middle-class and upper-middle-class people were the target audience that was reached out to by tea marketers. Since tea was available significantly in the country, many Indians started to develop their methods and variations of making different types of tea. During this time, tea consumption became more widespread and economical too.

After the 1920s, we saw a rise in tea shops across major Indian cities. And these cities later became the major hubs for tea consumption. Simultaneously, during this time, Indian households also adopted tea drinking as a major part of their everyday life.

During this time, tea was promoted as a healthy alternative to alcohol consumption. Tea drinking was considered healthy, as well as something that helped you energize yourself. The push in tea marketing during the 1930s later introduced the concept of tea drinking to an even larger chunk of the population and became the preferred choice in comparison to opting for caffeine-filled beverages.

During these decades, we saw the rise of the Indian Independence movement which accounted for boycotting all British Goods including tea.

Advertisers on the other side portrayed tea as a national beverage and started tying it to the national identity of the country. When India received Independence from British Rule in 1947, tea marketers started promoting tea as a commodity that unified the people of India and brought all cultures together. Indian Tea distributors established their foot in the market and the yield that remained from the Britishers was either exported to other countries or some of them were used for selling in the Indian markets.

Then came the post-Independence era.

During this time the way tea was consumed by Indians changed fundamentally. New methods and techniques of tea production were introduced which increased the industrial production of tea in the country significantly. Tea drinking became highly affordable and mainstream in the Indian community which increased both household consumption as well as drinking tea across roadside stalls. It became the staple beverage of Indians and the rest is history.

Today India is one of the largest tea producers and consumers in the world. There are uncountable ways in which you can make tea in India and drink it in your favorite tea cup. Every Indian household has the ritual of making tea in the morning and the evening. In between that too, we Indian never hesitate to have our impromptu tea drinking sessions. Hailed as an everyday beverage, Tea drinking is not only a tradition but a modern lifestyle in India.

Explore the exquisite range of tea sets from The Artisan Emporium that are handmade using the best quality ceramic material by highly skilled artisans and craftsmen. Choose from a variety of designs, colors, and shapes that best suits your needs. 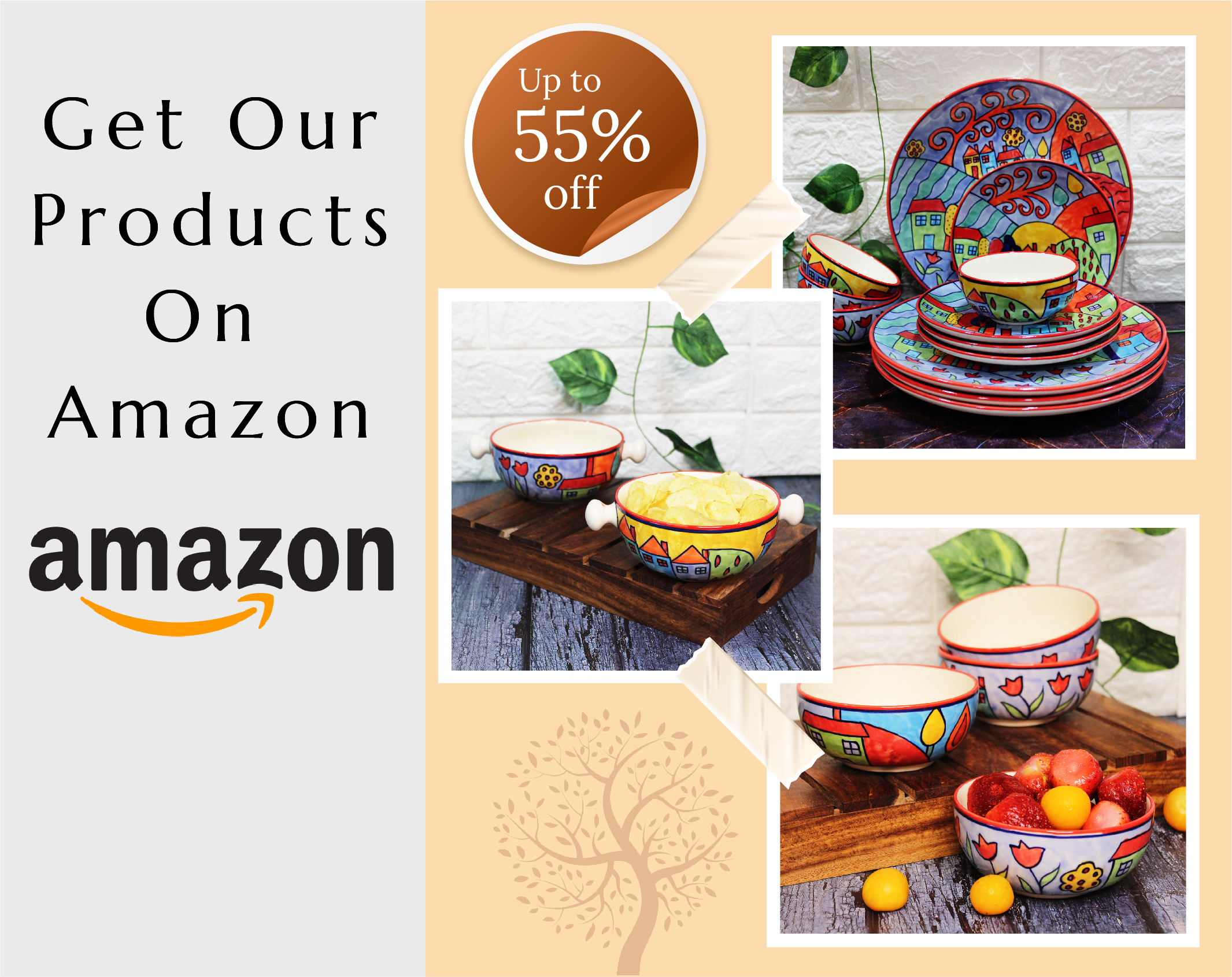 By continuing, you agree to The Artisan Emporium's

Please enter the code sent to your email address.